Rwandan culture has many traditions including traditional Intore dancing, basketry and Umuganda.

The culture of Rwanda is varied. Unlike many other countries in Africa, Rwanda has been a unified state since precolonial times, populated by the Banyarwanda people who share a single language and cultural heritage. Eleven regular national holidays are observed throughout the year, with others occasionally inserted by the government.
The week following Genocide Memorial Day on 7 April is designated an official week of mourning. The last Saturday of each month is umuganda, a national day of community service, during which most normal services close down.
Traditional dance in Rwanda
Music and dance are an integral part of Rwandan ceremonies, festivals, social gatherings, and storytelling. The most famous traditional dance is Intore, a highly choreographed routine consisting of three components – the ballet, performed by women; the dance of heroes, performed by men, and the drums. Traditionally, music is transmitted orally with styles varying between the social groups. Drums are of great importance, the royal drummers having enjoyed high status within the court of the mwami. Drummers usually play together in groups of seven or nine.
Rwandan Cuisine
Beer is drunk from containers such as this at rituals and ceremonies.
Rwandan cuisine is based on local staple foods produced by the traditional subsistence agriculture. Historically, it has varied among the country’s different ethnic groups. Rwandan staples include bananas, plantains (known as ibitoke), pulses, sweet potatoes, beans, and cassava (manioc). Many Rwandans do not eat meat more than a few times a month. For those who live near lakes and have access to fish, tilapia is popular.
The potato, thought to have been introduced to Rwanda by German and Belgian colonialists, is now also very popular. Ugali (or ubugali) is a paste made from cassava or maize and water, to form a porridge-like consistency that is eaten throughout East Africa. Isombe is made from mashed cassava leaves and served with dried fish.
Lunch is usually a buffet known as melange, consisting of the above staples and possibly meat. Brochette is the most popular food when eating out in the evening, usually made from goat, but sometimes tripe, beef, pork or fish. In rural areas, many bars have a brochette seller responsible for tending and slaughtering the goats, skewering and barbecuing the meat, and serving it with grilled bananas.
Milk, particularly in a fermented form called ikivuguto, is a common drink throughout the country. Other drinks include a traditional beer called urwagwa, made from sorghum or bananas, which features in traditional rituals and ceremonies. Commercial beers brewed in Rwanda include Primus, Mützig, and Amstel.
King’s Palace
Museums & Art Galleries 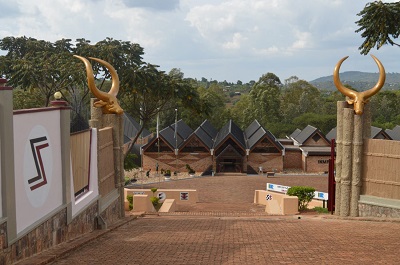 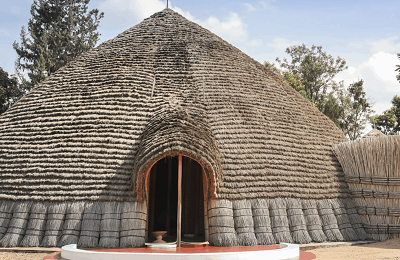 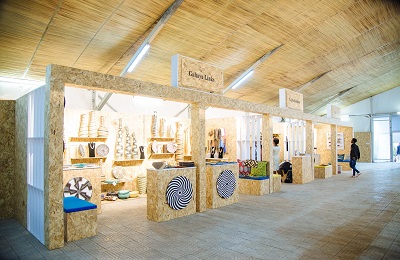